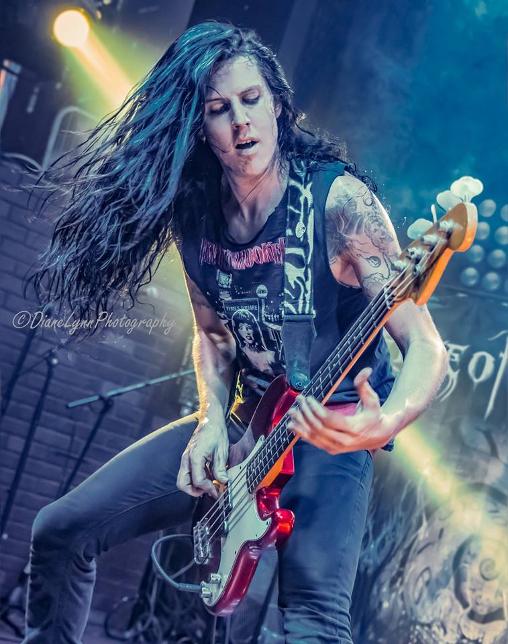 Nick was born in an old weathered barn just off the shores of a luisiana swamp. Born with large protruding canine tusks, Nick’s mother died shortly after childbirth due to major complications due to internal puncture wounds and an overdose of flintstones vitamins confused for antibiotics.

Ericson was adopted and raised by wild boars in the swampy lowlands of the American south until he was ten years old when his large canines fell out and were replaced by normal, healthy adult teeth.

Arnie Mudwaddle, “The Swamp Rats” bass player at the time, immediately took a liking to Ericson and took him under his wing. That was when his musical training really began.

Three years later, when Mudwaddle was killed in a tragic accident when a corn whiskey still exploded on the back of moving tractor, Ericson was the logical choice to take his place as a full member of the band.

After joining “The Swamp Rats” in 1999 Ericson played with them exclusively until he was 19 making many valuable connections in the music industry. Tragically this relationship ended in late 2005 when “The Swamp Rats” singer, Scragglepox, drove his 1969 Coup Deville lovingly nicknamed “The Land Yacht” into a murky leechridden lake in Alabama arguing that “no car that big could possibly sink”. Being the only member who could swim, Ericson was the sole survivor.

For the next 6 years he traveled the country (never outside because he couldn’t get a passport for lack of a birth certificate) performing in many various bands and brothels simply to get by.

In February of 2012 Ericson picked up a side Job remodeling “Office Studios” owned by Brett Chassen and Bob Kulick, and after developing a close friendship with them decided to stay on as their assistant in the studio.

Towards the end of 2012 “Edge of Paradise” came into office studios to record their single “Break Away”. By the beginning of 2013 Ericson was able to convince them to bring him on as bass player based only on his good looks and charming personality. He looks forward to a prosperous future performing with them.